FREE ground shipping on all domestic online orders $250 or more! 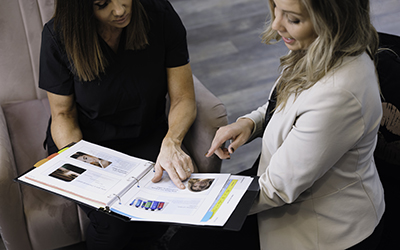 A little history: The Jessner’s peel was created in the late 1940’s by Max Jessner, a German/American Dermatologist. He was working in cancer research when he discovered a formulation that was particularly effective against hyperkeratotic epidermal lesions.

THIS BLEND ALSO STABILIZED THE SAFETY PROFILE FOR THE SOLUTION, MAKING IT A GOOD CHEMICAL PEEL OPTION FOR MORE SKIN TYPES, INCLUDING FITZPATRICKS V AND VI.

Salicylic Acid - Superior at attacking oil and unclogging pores. This acid helps dissolve hardened skin cells, and can even help with inflammation.

Lactic Acid - Helps retain moisture in the skin so it will not be over-dried by Salicylic or Resorcinol. Exfoliates and helps with cell turnover.

Resorcinol - Used for its antibacterial properties and helps the solution go deeper in the skin to make the solution more effective.

So, here are the options…

Jessner’s - The O.G. formula. 14% Lactic, Salicylic and Resorcinol. This formulation is extremely effective but not the peels to start someone’s peel journey. It needs to be built up to with lower strength peels.

Light Jessner’s - 7% Lactic, Salicylic and Resorcinol. This peel is a great intro to the Jessner’s family because it allows the skin to adjust to the combination of the blend and build up a tolerance.

Modified Jessner’s - 14% Lactic, Salicylic and Glycolic. This formulation removes Resorcinol and replaces it with Glycolic acid. Glycolic works as a carrier acid and takes the solution deeper into the dermal layers of the skin. Glycolic has been shown to be extremely effective on hyperpigmentation and dissolving the glue that holds dead skin cells together.

Light Modified Jessner’s - 7% Lactic, Salicylic and Glycolic acids. This is also a great starter peel for someone new to the Jessner’s family.

Ultra Jessner’s - 14% Lactic, Salicylic and Resorcinol PLUS 2% Hydroquinone. This peel is super effective on hyperpigmentation, reducing dark spots, acne, scarring and even Melasma. This peel is classified as a MD peel, which means you MUST have a medical director to be able to purchase this peel.

Light Jessner’s Bright - 7% Lactic, Salicylic and Resorcinol PLUS 2% Hydroquinone. This peel is one of our best sellers because it’s fantastic on many skin conditions, but also on many skin TYPES! Several of our clients use this peel on higher Fitzpatrick tones with fantastic results. This is another one that is perfect for someone being introduced to the Jessner’s family of peels.

HERE AT SKIN THERAPEUTIC (NOW A DELASCO COMPANY), OUR RECOMMENDATION FOR AN EFFECTIVE PEEL IS 3-6 LAYERS OF THE PEEL SOLUTION WITHIN 10 MINUTES. THE JESSNER’S FAMILY ARE SELF-NEUTRALIZING PEELS, SO NO NEED TO USE THE SODIUM BICARBONATE NEUTRALIZER AFTER APPLYING ALL LAYERS…THE PH WILL START TO NORMALIZE AND THEN APPLY VITA-C 10 SERUM, HYDRACELL TURNOVER BOOSTER, HA-B5 & SKIN THERAPEUTIC SPF 30.